Antonio Dawson is a former vice detective on Chicago Fire and now a senior detective for the Intelligence Unit on Chicago P.D.. He briefly worked as the Chief Investigator for the Cook County State’s Attorney's Office on Chicago Justice.

Antonio joined the CPD at a young age and after passing the academy, had Trudy Platt as his Field Training Officer. He pulled Platt out of the line of fire when she was shot during shootout.

Dawson soon showed his abilities to ranking officers and was quickly assigned to the VICE unit and worked with them for a few years before transferring.

Hank Voight recruited Dawson into the Intelligence Unit because of his determination and honesty. They had somewhat of a strained partnership at first, but soon figured out how to work together.

Antonio resigned from the CPD after receiving a job offer from Peter Stone. He rejoined CPD after he found that the job wasn't really what he wanted. 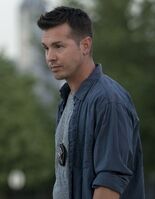 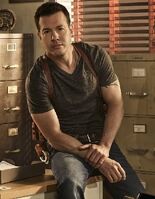 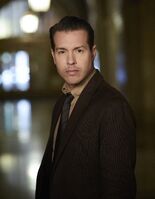 Retrieved from "https://chicago-franchise.fandom.com/wiki/Antonio_Dawson?oldid=28571"
Community content is available under CC-BY-SA unless otherwise noted.